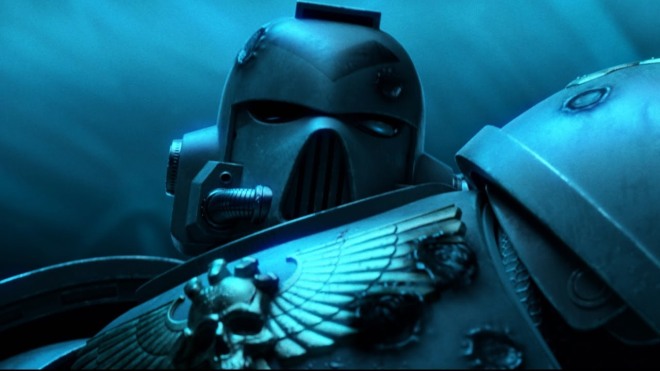 (Edit: Salt and satire below, and it’s not my best work. See here for something more constructive.)

Here at Twitchy Bristles, we only post the hottest of hot takes on the hottest of topics, and we’ve got a real barn-burner on our hands this time. In a move that absolutely no one saw coming after Games Workshop absorbed some of the most renowned fan animations available on public platforms and shoe-horned them into a paid streaming service, Games Workshop has updated their IP policy and banned fan animations and fan games moving forward. Already PC Gamer has reported on this, Auspex Tactics has put up a video discussing this, and word of this is starting to trickle sourly through the Warhammer 40K community.

Being the home of hot takes, Twitchy Bristles, the pioneer that it is as a website, is going against the grain on this one. While most of the Warhammer 40K community is saddened by the loss of what was, up to this point, a thriving and inclusive animation scene on Youtube, one which brought many a new acolyte to the ranks of the Adeptus Astartes, I think it’s a move that’s been called for a long, long time. Good on you, Games Workshop! Congratulations on having the bravery to stand up for IP theft like a lone sheriff in the vast, digital Wild West that is the internet.

In fact, I’m so impressed by their initiative and courage on this that I’ve prepared a list of bad actors, clearly acting in bad faith, who have been stealing their work for fan-games and fan-animations for decades, and definitely never the other way around. Here is the Twitchy Bristles Top 5 of independent fan-creators who have crawled out of the woodwork over the last few years to suck upon the teat of Games Workshop’s success, and steal their thunder.

“Can I copy your homework?” “Sure, but change it a little bit.” The depictions of what are clearly Space Marines and Tyranids are obvious. You should really sue these guys, this is blatant IP theft and it’s outrageous. I don’t know why you didn’t do it sooner! Wait…you did? Blizzard made it through the lawsuit, changed all the names, released the games and maintained their own IP anyways?

WoW, that’s kind of a shame.

Oh boy, where to even start with this one. I can’t believe someone would so obviously and blatantly rip off “Space Hulk”, shame on them. A few lone marines, delving deep into the heart of an abandoned, gritty setting infested with alien life forms acting as part of a larger Hive? It doesn’t get much more blatant than that, and the IP theft here is obvious. Colonial Marines? More like Space Marines. Xenomorphs? More like filthy xenos. Badass female lead with a flamethrower and then a mech fighting her way through alien hordes? The Sisters of Battle called and they want their modus operandi back. Really, just look at the design on the xenomorph – how blatantly based on Tyranids can you get?

Imagine, if you will, an Elf-like alien race with pointed ears, a humanlike appearance but completely alien internal physiology, and enhanced psychic abilities (up to and including the ability to transfer souls). Imagine as well that they are long-lived, and experience emotions of an intensity that no human being could ever comprehend, and yet contain that emotion under a cool facade lest it break free and chaos prosper. What’s the first thing that comes to mind? That’s right, the Eldar! Clearly, the Eldar. But conspicuously and for decades, Star Trek has gotten away with the depiction of the Vulcans, a most Aeldari-like race. Lore for the Vulcans even establishes that they have a treacherous, evil offshoot sister race and even recently that they’re endangered in at least one universe. How low can you stoop? Star Trek clearly and gratuitously stole one of my favorite parts of the Warhammer 40K universe.

Shame on you, Roddenberry.

Ah, an old one, a good one, but another Space Marines vs. Tyranids knockoff. Well, I guess the UCF marines borrow from both the Space Marines and Astra Militarum, but really that only makes the IP theft twice as abhorrent. I’m so glad that Games Workshop demonstrably predated this one and we can demonstrably prove that so much of the UCF’s (satirically) military ideology was grounded in the Warhammer 40K Imperium – really, all they’re missing is the God-Emperor and this film would be a dead ringer.

Wait…novel? What novel? From when – ?

1. Lord of the Rings

Last, let’s talk about J.R.R. Tolkien, the man who has almost single-handedly stolen the entire Age of Sigmar mythos. The Sylvaneth? Clearly inspiration for the Ents. The Army of the Dead? Obviously a callback to the Nighthaunt. Frankly, if I were LOTR, I’d be ashamed about how much of the lore regarding elves, men, dwarves, orcs, goblins, and all sorts of other high-fantasy aspects that I directly lifted from Games Workshop before stamping my distinct brand and trademark over it. Don’t even get me started on the halflings – Tolkien didn’t even change the name. I can’t believe that one of my favorite authors did this. It was nice of him to give Games Workshop a license for his clearly-inferior IP, but that isn’t enough to justify theft.

And don’t even get me started on Gary Gygax.

Beyond the shadow of reasonable doubt, I think I have demonstrated that Games Workshop, an organization with a completely original and independent IP that isn’t dependent on anyone or anything else, are doing the right thing in protecting their intellectual property, and this is definitely not going to cause any problems for their fandom, their brand, or their bottom line. I think the five I have listed should be a very good start if Games Workshop wants to start going after bad actors, stealing their IP in bad faith. In fact, I call on Games Workshop to deputize me – just give me a gun and a badge, Sheriff, and I will find more fan creators for you to bully in court and on the internet. Wait, there’s a thing on your website for that, now? Oh, very good.

On top of all of my other very important opinions, I think that going after the fan creators who built a flourishing community on Youtube should only be the first step. I think that if Games Workshop is really serious about protecting their IP, they should go after anyone posting lore videos and anyone making painting tutorials, too. Even posting pictures of their painted miniatures, I think, is a stretch – if it’s not by the Heavy Metal team and in a $60 codex, how dare it be released on the internet, for the world to enjoy and learn from! This would be another logical, reasonable move and definitely wouldn’t result in an enormous backlash in the Warhammer 40K community.

Well, now that the hot take is over and done with, some good news – I’m painting again, so I should have something a little more original to post soon. And all of my models are definitely brand new, official, Games Workshop, and in no way third-party or 3D-printed models. (I am aghast at the very thought that I would paint a single model otherwise.) I lie prostrate at the feet of Games Workshop, and know that the company, its goodwill from the fandom, and its good reputation will endure. And, of course, I’m more motivated than ever to subscribe to Warhammer+.

(And boy, am I ever low-key glad I downloaded Dawn of War: Unification when I did.)